The long history of a hamlet in Charente and the story of its renovation : Le Relais de Saint Preuil

The history of Le Relais 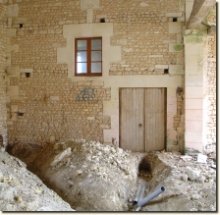 Located near the former Roman road le chemin boisné from Saintes to Périgueux, along a secondary pilgrim road to St Jacques de Compostelle, Le Relais de Saint Preuil was a coaching house during the 17th and 18th Centuries.

The former coaching house was used for one century. There, the postmen and coaches could change their horses, have a rest and take refreshment. In 1827 and 1834, new buildings were added. The property became a wine estate. 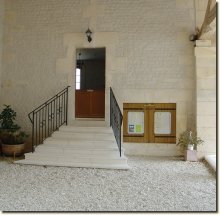 In 1865, a bigger estate took over the property. Buildings were divided to house employees and used for more than a century.

In 1899, Gallo Roman amphorae were discovered on the spot.

The property remained totally unused from 1982 until 1999 when renovation started.

Information request | Back to top

The restoration of Le Relais 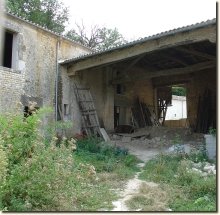 Restoration started in 1999 to transform the buildings into an equestrian farm. Unfortunately works stopped soon after starting when the owner passed away.

Works restarted when the present owners, Christine and Jean-Luc Montembault, took over the property. Their aim was to revive it as a place where travellers could stay and have a rest !

This estate, unique of its kind in Charente, went under a state of the art restoration. Traditional construction materials have been used such as stones from Saint Męme for openings, oak beams, quarry stones and lime to rebuild walls, joinery for windows and doors. 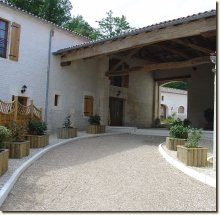 Almost all buildings were restored for the opening in July 2005. Le Chai, a meeting room taking up to 35 guests was ready in 2006. Last, an outbuilding is under restoration to become two independent suites with terrace facing vineyards.

Information request | Back to top

Portfolio - Clic on the photographs to enlarge them

About us - Other Info