The Grande Champagne : the heart of the vineyard of Cognac and a terroir with products of exception in addition to a nice & sunny weather

Sommaire
Charente and the vineyard of Grande Champagne : a sunny climate and products of exception in France

The Western Centre of France 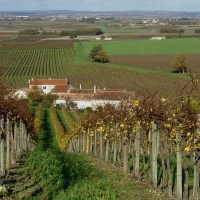 The department of Charente falls under the western center of France, between the Atlantique coast and the Massif Central, between the threshold of Poitou and the north of the Aquitanian basin.

At the North-East of the French Departement of Charente are the "cold lands", granitic grounds forming the base of Confolentais, country of the woodlands, and everywhere else are the "hot lands", grounds made of rather dry limestones, where lies the Grande Champagne hills.

The relief is little accentuated. The climax is to 345 m, at the Massif de l’Arbre.

It is crossed by the Charente river, which has a 230 km long course, slow and not very tilted. 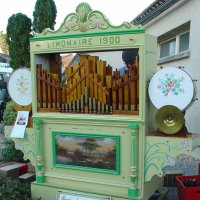 Agriculture is always present. The bovine breeding and the culture of wheat hold an important place. Truffle, chicken of Barbezieux, ostrich, snail, oak cheese, duck and its foie gras are also significant productions whose several saw their quality recognized by a AOC.

The vineyard is primarily located around Cognac. Its terroir, with its five vintages including Grande Champagne, is one of the most famous in the world.

In addition to the cognac, each one will be able to appreciate the pineau des Charentes, the local wine and… the vinegar! 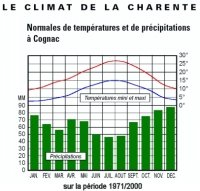 The climate is of oceanic type Aquitanian.

It is characterized by regular temperatures, seldom very low. Winters are soft. Summers are dry and sunny.

Cognac area profits from the most lenient climate of the department with a strong sunning (2025 hours a year) and thus is almost as sunny as the area of Perpignan from April to September. This climatic characteristic makes of it the sunniest zone of the Atlantic arc with La Rochelle where sunning is often compared with that of the Riviera.

A land to discover 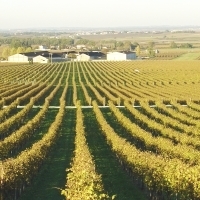 With these climatic conditions several other factors have to be considered such as the architectural richness, the great diversity of monuments, landscapes, the quality of the regional products and the associated gastronomy, the Charente-native welcoming, the softness of living, and now easy access (motorways, TGV, airports) to make of Charente a more and more appreciated place for holiday or short stay throughout the year.

Charente and vineyards of Grande Champagne : a sunny climate and products of exception in France