20 Km away from Le Relais is Mainfonds, a small city of Charente where is held every two years a large gathering of balloons in a fun and competition. 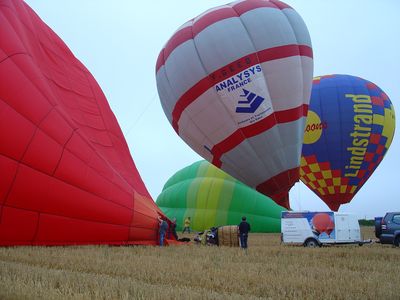 The 17th Hot Air Balloon European Cup and the 21st Women’s World Cup is a double event in the Charente :

A competition with 57 balloons, 57 crews consisting of a pilot and two teammates, a collector and a crew to help with the installation of the balloon

A Fiesta party, with 18 balloons, made ​​up of a pilot and a crew. These are for balloon first flights of partners, sponsors and the public.

Take-off of the 70 balloons are approximately the same time. However, land take-off will be quite distinct depending on whether competition balloons or leisure balloons.

Blog of Le Relais - Other Info